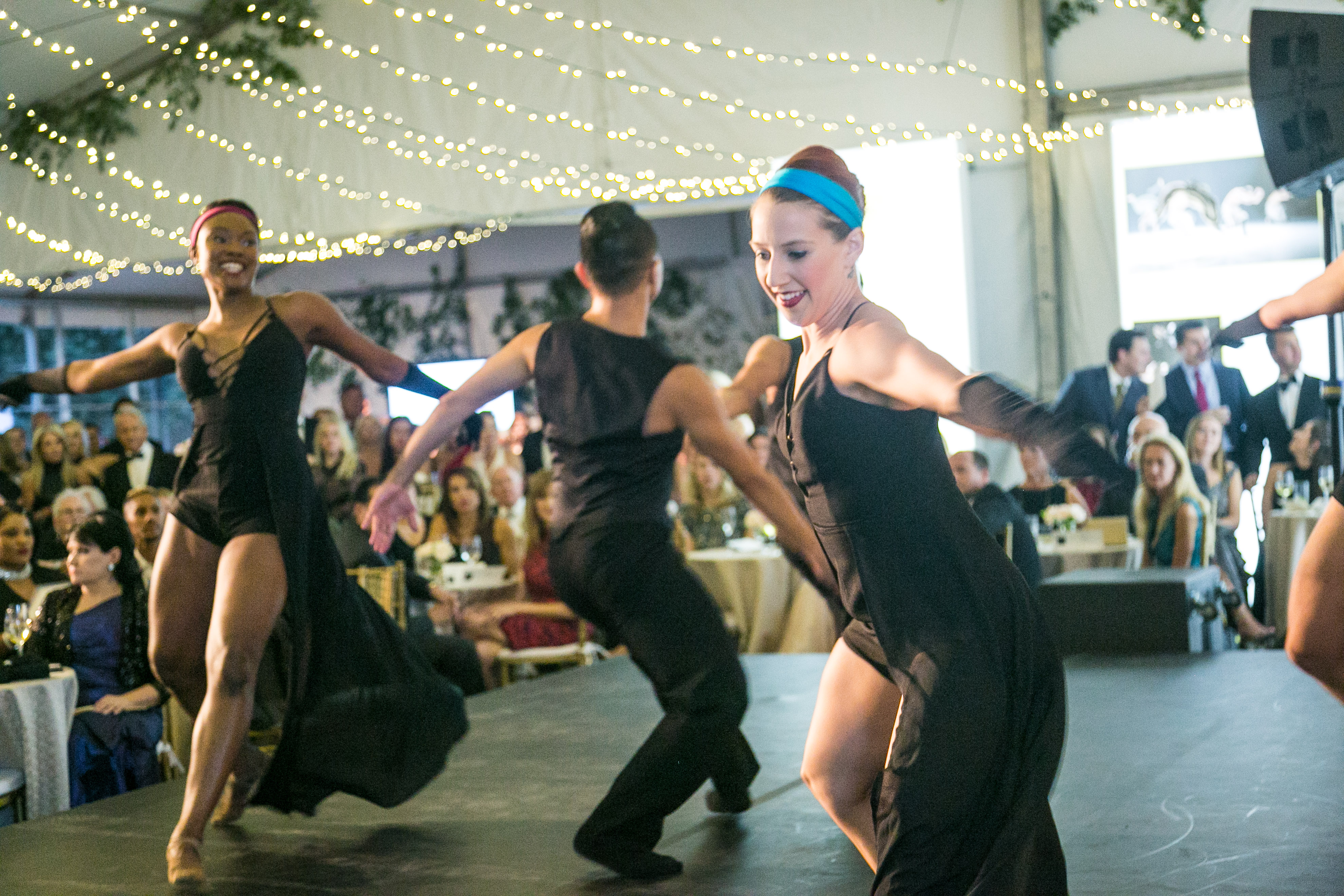 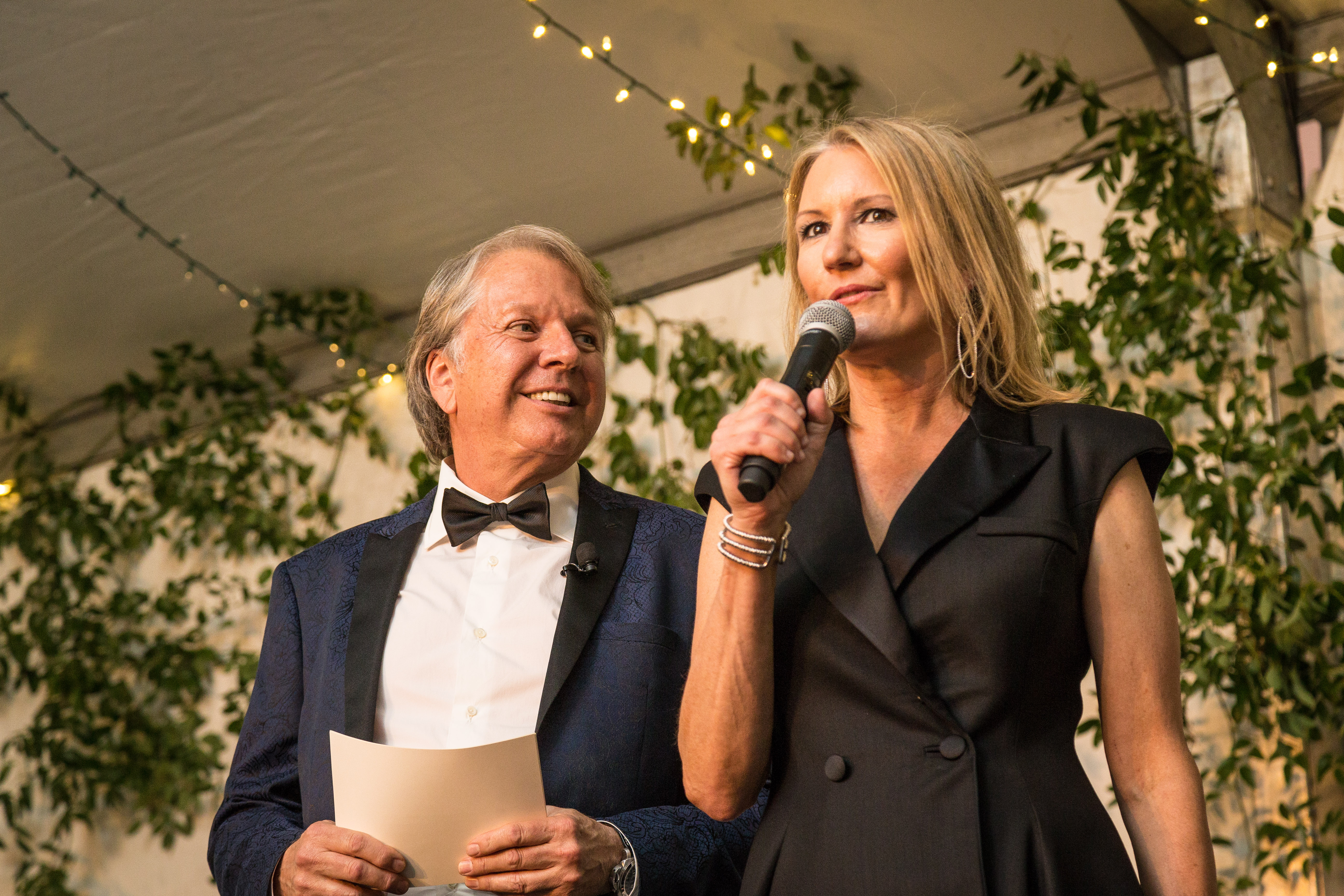 her transformative moment of growing up as a Polish immigrant in a boarding house her mom ran in Connecticut. “I would draw, and that saved me as an only child. I became known as the class artist.” She encouraged the nearly 300 guests to share their transformative moments with each other over dinner.

TACA’s 50th Anniversary co-chairs, Wanda Gierhart and Dean Fearing,
welcomed close to 300 guests and thanked them for supporting TACA
during its golden anniversary. 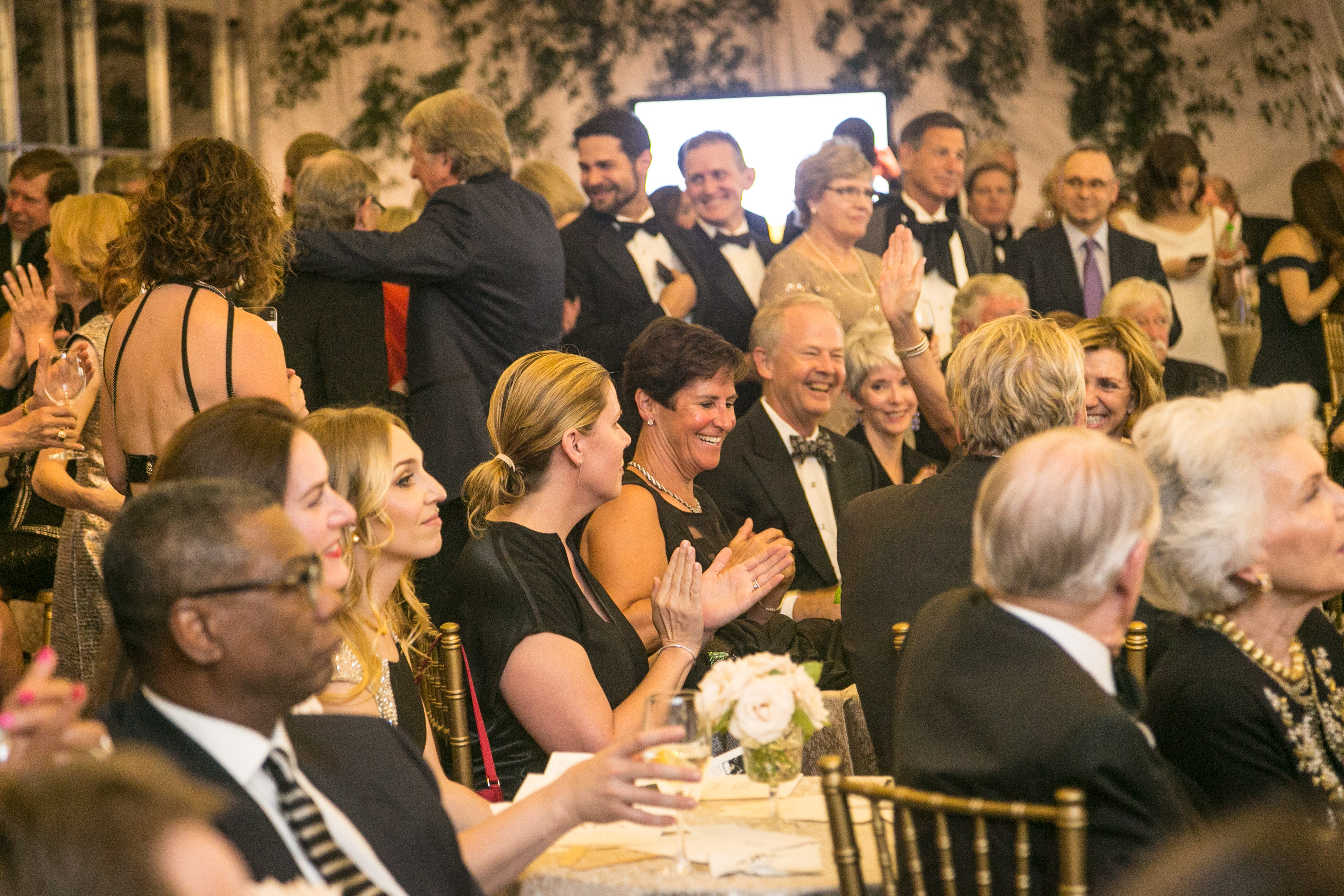 years, with the organization contributing more than $27 million to 162 arts groups. They also talked about the three new initiatives announced earlier in 2017, including funding the visual arts for the first time ever, an innovative fund to address social impact through the arts, and guided initiatives to increase the vibrancy of the arts in the community.

The excitement of the dance set the tone for the luxury live auction. Auctioneer Louis Murad, with the assistance of two females outfitted as James Bond girls, helped to auction off items including lavish trips to India, A James Bond trip to places 007 traveled, Around the World with Rosewood and a dinner and a TITAS-featured dance troupe at the Winspear Opera House.

TThe last item, which was “An Unforgettable Evening with the Dallas Cowboys and Dean Fearing,” brought the highest bid, as Chef Dean Fearing joined Murad to help bid up the package. The item featured Fearing as the “quarterback in the kitchen,” and three-time Super Bowl champions, Troy Aikman, Emmitt Smith and Daryl Johnston, as the servers.

A special thanks to the sponsors:
50th Anniversary Platinum Partner & Official Valet Sponsor:
The Dallas-Fort Worth Lexus Dealers