HomeAMPERSAND .06: “ARTS RULE” at ON THE LEVEE

As the world was shutting down, one Dallas-based event space was just opening its doors. The owners of On The Levee proved that an artful mindset can get us through anything – even a pandemic. 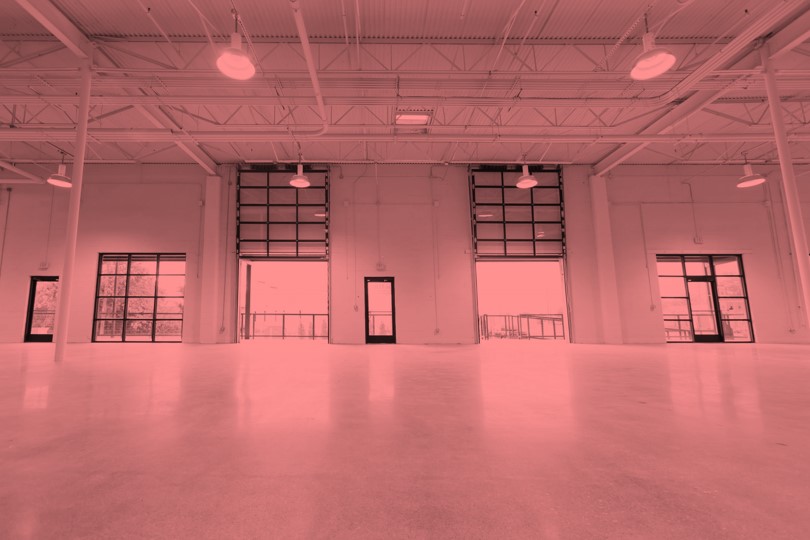 John Martin knows a great deal about overcoming life’s unexpected surprises; probably more than he’d like to. Ask him to elaborate and he’ll tell you all about opening he and his co-partners Dallas Design District event and wedding space, On The Levee, just prior to Dallas County’s shutdown last year. The timing could not be worse. In fact, as he recalls, the partners had just taken delivery of $10,000 worth of chairs the day of Judge Jenkins’ announcement. Ouch. 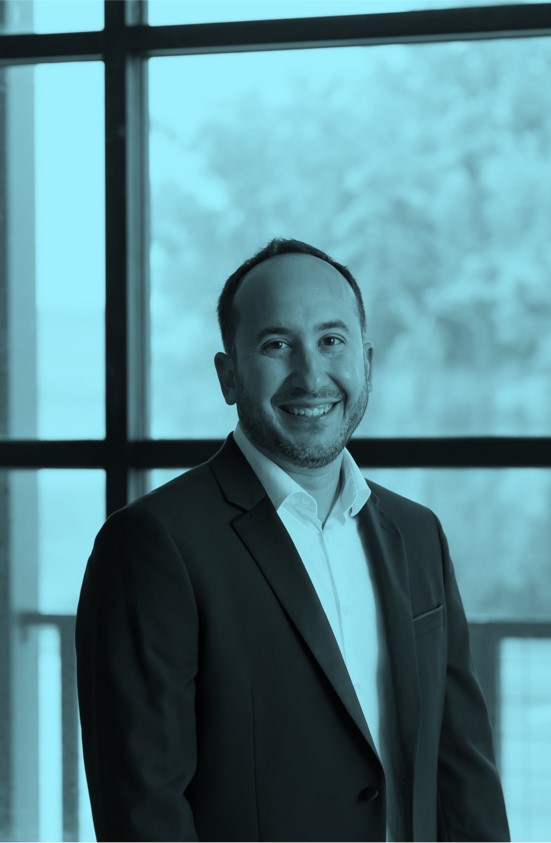 As we began imagining a new format for this year’s Perforum, we came across Martin’s incredible new event space in the Dallas Design District. On the Levee, aptly named for its close proximity to the Trinity River, appeals to art lovers in a way that few other Dallas-based venues can. It’s many things: a finished work of art itself, a blank canvas, and a gallery in its own right.

Martin has an affinity for local arts groups and artists and almost immediately after entering the space, it’s easy to see the great lengths he and his co-partners went to make the gleaming 12,000-square-foot facility a space where artists could gain the exposure they deserve and delight event-goers from across the metroplex. All of five minutes into our tour, we knew we had found a kindred spirit in John and an ideal setting for this year’s Perforum.

Prior to the pandemic, John and his co-partners — wife Jamie Martin and longtime friend Michael Cohen – sold their businesses and pooled the proceeds to pursue their dream of opening a unique flexible events venue unlike any other in the city. As lifelong advocates for the arts and artists, it was only natural that their vision for the space would also be a canvas for artisans of all stripes to converge and collaborate. With 12,000 square feet of white, open space, the facility was destined to draw in visual artists, performing artists, and clients looking to do live music streaming or virtual awards shows while Dallas was completely shut down.

Born into a family of artists and musicians, John says he’s always had an appreciation for the arts community and appreciates the challenge of making a living through artistic pursuits.

“My three brothers and sister are all musicians. I did theatre growing up instead. Everyone was supportive of each other with all of our talents being so different. I love everything about the arts community and what they do for our city. Knowing the arts struggled with COVID more than some other industries, we were so glad we could help local artists throughout the pandemic and forge new friendships in the process.” 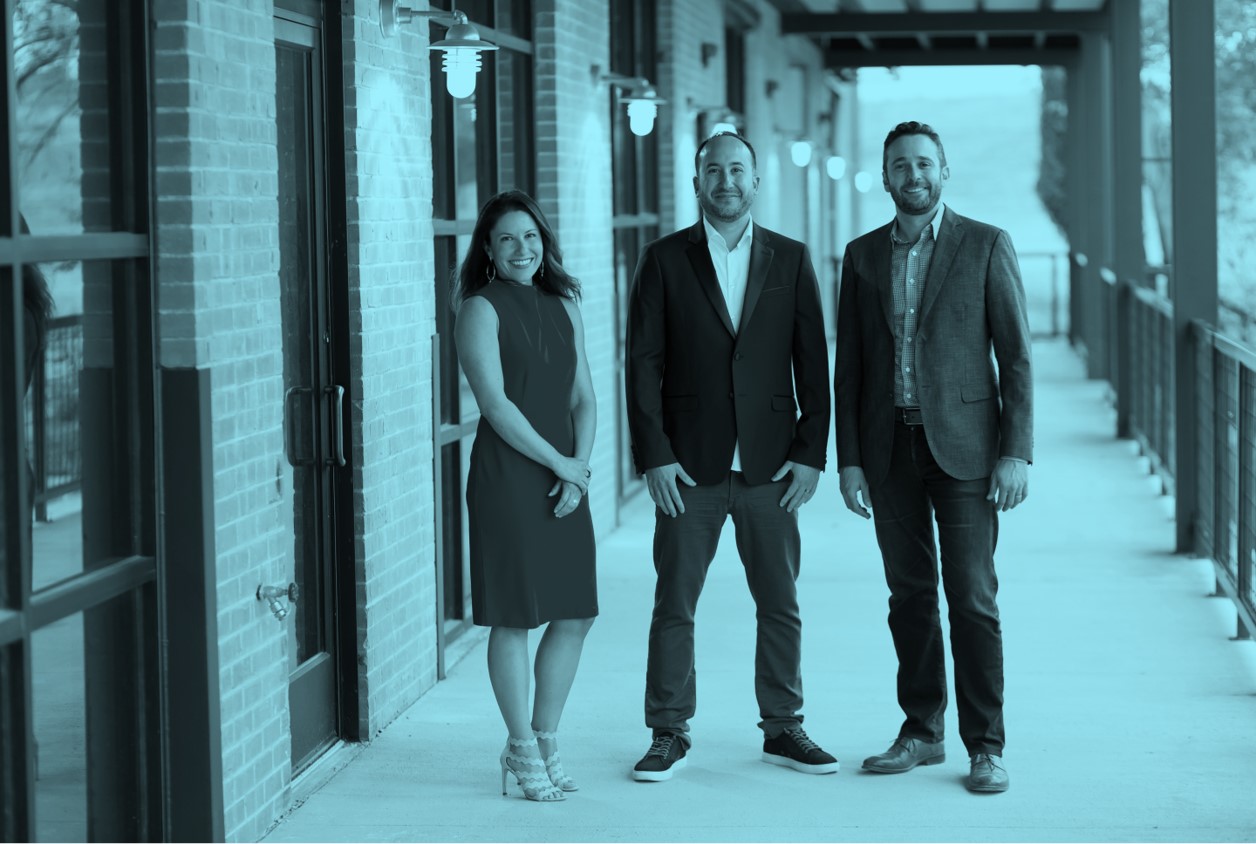 But Martin’s affinity for the visual arts was sparked when he and his wife were honeymooning in Quebec City. They were entranced by a painting priced at the exact amount of money his new wife’s parents had given them as a wedding gift. The new couple knew it was a good omen, and bought the piece, since inspiring other art purchases displayed in their home.

Walk into On The Levee today and you’ll encounter an eclectic collection of local art, some 14 pieces by Dallas artists, with prices ranging from $350 to Sal Famous’ $45,000 piece, titled The Reckoning.  The artist is known for blending graffiti and fine art in a style he calls graffine, using a mix of acrylic paint, aerosol spray paint, and two different pens.  Sal says having his work on display at On The Levee is both humbling and flattering, and confirmation that he’s chosen the right vocation. John knows each of the artists whose work adorns the halls and meeting rooms of the venue, having met them through his support and advocacy for the arts. Even On The Levee’s restroom walls are painted by local artists. Imagine a Homer Simpson-esque goblin greeting you in one, while the face of William Shatner, inspired by a Twilight Zone episode, welcomes you in another restroom.  If an edgier design is more your taste, be sure and check out the spray-painted powder room by Dallas-based Jerod ‘Dtox’ Davies.

Not surprisingly, the effects of Covid-19 had an impact on the new facility’s business in a big way, especially in the early days. But undeterred, John and his partners considered ways to market the space to artists and arts groups that needed creative ways to practice their craft safely. During that time, John was introduced to Rene Rodriguez who wanted to produce live-stream programs for the Dallas Music Network to showcase local musicians. Through a collaboration with Rene, a whopping 28 shows were live-streamed from On The Levee. Another fascinating opportunity came this past summer when the Dallas Summer Musicals was looking for a venue to stage its 2021 National High School Musical Theatre Awards. John says DSM brought three 18-wheelers to haul in sets, costumes, and staging. The facility was used for four days for set up and rehearsal, with the fifth day dedicated to the live streaming of the event. For John and his partners, the main benefit of their collaborative efforts throughout 2020 was cementing the space as a part of the arts community and carving out a fascinating niche in the venue market that benefits their business as much as it does local artists, actors, and musicians. 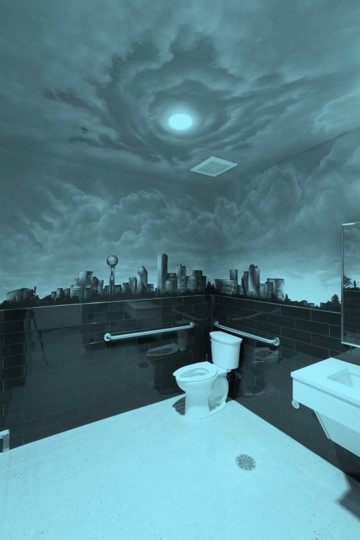 In the same way we marvel at the way Dallas Arts groups continue to lead the country as a hub for innovation, so too does On The Levee prove that thinking with an artist’s mindset can only lead to stronger communities and more examples of how the arts can touch and enrich all our lives.

When asked for a final quote summarizing his vision for the future of this already-thriving new venture, Martin said, “Arts rule. Yeah.”

This year’s TACA Perforum theme is REIMAGINE: The Future of the Arts, and takes place Monday, November 15, from 4:30-8:00 p.m. at On The Levee in the Dallas Design District.  As the arts and culture community continues to struggle with the dynamics of the pandemic, our racial justice reckoning, and the sheer weight of uncertainty and change, we’ll explore who’s thriving in the new emerging world.  We’ll also ponder how traditional arts institutions are adapting and disrupting, the role of the artist in this new landscape – and how innovation looks at this moment and into the future.

To register and for additional information about TACA Perforum, click here or contact Greg Oertel at 214.520.3930 or greg.oertel@taca-arts.org.

All images courtesy of On the Levee.

Watch the new “I am TACA” featuring local community voices!