The history of the TACA Silver Cup Award is rich and meaningful. Former City of Dallas Mayor and arts advocate, Annette Strauss, introduced the TACA Silver Cup Award in 1979. It is hard to imagine TACA today without the influence of Annette, who served as both President and Chairman for the organization. She believed that the arts are transformational – the values of individuals and cultures of communities – are shaped through the arts. Since its inception, TACA has honored 82 champions of our arts community including Annette who received the award in 1985.

Matrice Ellis-Kirk
Dallas business and community leader Matrice Ellis-Kirk has been a lifelong lover of the arts and a champion of the Dallas cultural community. She is simultaneously a voice of support for the city’s historic cultural institutions, and for providing resources to support diverse new, small and ethnic-focused arts groups. She has been a strong advocate for arts education and community engagement, and for bringing new voices and diversity onto board and leadership positions.

Chair of the AT&T Performing Arts Center Board of Directors since 2015, her Center Board services began in 2001.  She serves on the Board of Directors for TITAS/Dance Unbound, and has been a longtime supporter of Booker T. Washington High School for the Performing and Visual Arts.  She has also served on the board of the Dallas Museum of Art, Dallas Symphony Orchestra, and the Museum of Natural History and Science.  Last year she was awarded the Peacemaker Award by the Turtle Creek Chorale for her passion for diversity and governance.

Mike Rawlings
Prior to his election, former Dallas Mayor Mike Rawlings declared, “I want to be the Arts Mayor of Dallas!”  He then spent the next eight years fulfilling that promise, and being the city’s top cheerleader for the arts – at home, in Austin, Washington, or around the world.  In his first term, Rawlings started Dallas Arts Week, expanding it to Dallas Arts Month in 2016.  He launched Creative Conversations during Arts Month to highlight important issues in the arts community, and he was the first mayor to specifically designate a staff member to be a liaison to the Office of Cultural Affairs and the arts community.

Working tirelessly to win financial support for the arts, and connecting businesses with arts organizations, Rawlings has been a champion for growth of both the Dallas Art Fair and the Nasher Prize.  Further, he was a critical supporter of the landmark proposal by the Moody Foundation to create the $10 million Moody Fund for the Arts.  His arts leadership is recognized beyond Dallas.  In fact, Rawlings was awarded the U.S. Conference of Mayors’ 2018 National Award for Local Arts Leadership from the Americans for the Arts.

Margot B. Perot
Over the past several decades, Margot Perot has been among the most influential leaders and most generous supporters of the Dallas Museum of Art, the Dallas Symphony Orchestra, and the Dallas Opera, while also providing major behind-the-scenes support for countless other smaller arts organizations. Margot Perot’s love for Dallas and her quiet civic leadership is one of the many reasons she is so widely respected. So many of the City’s finest institutions and organizations such as The Salvation Army, The United Way, The Perot Museum of Nature and Science, and UT Southwestern Medical Center, to name only a few, have been generously supported by her advocacy and philanthropy. The fact that Margot generously devoted a good portion of her volunteer time and leadership to the DMA and the DSO speaks to her belief that the public needs a strong and dynamic cultural life, as well as a network of social services for its citizens. As our city has emerged as an international center of trade and culture, we can thank one of Dallas’ finest for her sincere part in making it a vibrant city.

J. Davis Hamlin
Davis Hamlin has been a long-time supporter of the performing arts in Dallas, including The Dallas Opera, Dallas Symphony Orchestra and Dallas Black Dance Theatre. His noble patronage is the strong indication of how he affects the cultural life of the Dallas community. All our organizations need donors who care and are willing to make a personal commitment – Davis has done this for many years, through thick and thin, and he is well known for his stalwart support. In addition to his support of arts organizations in Dallas, Davis is very active in St. Michael and All Angels Episcopal Church, where he supports the Music Ministry, among many other church programs. He also serves as a board member for Jubilee Park and Community Center, a catalyst for community renewal for this 62-block neighborhood in southeast Dallas. In this work, Davis not only contributes to the education and health needs for this underserved community but is also a tireless advocate for providing meaningful cultural opportunities for those who live there. Davis does all he does with grace and without asking for recognition. He is a true gentleman and loved by everyone he meets.

Julie K. Hersh
Known for her innovative and inspiring leadership, Julie Hersh is president of the Hersh Foundation, an outspoken advocate of mental health awareness and a generous philanthropist. She is current board chair for the Dallas Theater Center (DTC), recipient of the 2017 Regional Theatre Tony Award; AT&T Performing Arts Center trustee; sponsor of Arts and Letters Live for the Dallas Museum of Art; supporter of Dallas Black Dance Theatre, Cara Mía Theatre Co. and other theaters. Hersh is also a board member for the University of Texas Southwestern Medical Foundation and former board president of Dallas Children’s Theater. During Hersh’s tenure at DTC, she helped launch the enormously successful Public Works Dallas program, which seeks to engage people by making them creators, not just spectators of art.

Author of the book, “Struck by Living: from Depression to Hope, Hersh is uniquely qualified to connect the disciplines of theater arts and mental health research. Through her combined work as DTC board chair and as initial funder of the Center for Depression Research and Clinical Care at UT Southwestern, she has encouraged the measurement of the impact of the arts on mental health in the community. She believes healing through the arts is an underutilized tool and has been a catalyst in opening conversations and strategic research between these disciplines.

After earning her BBA at the University of Notre Dame, Hersh worked in high-tech product development and marketing/sales in Silicon Valley. Her Struck by Living blog is featured on the Psychology Today website. She and her husband, Ken, were also the subject of Healthination.com’s True Champions series. Hersh is an avid runner, hiker and theater lover.

Donald “Don” J. Stone
Don Stone is described by those who know him as a philanthropist, civic leader, businessman, fundraiser and one of Dallas’ most loyal and stalwart supporters of all the arts. Often working behind the scenes on campaigns for numerous cultural organizations of all sizes, he has worn many hats and is most notably known as a longstanding champion of the Dallas Symphony Orchestra (DSO) and past chairman. A passionate advocate for new music, Stone and his wife, Norma, established the Norma and Don Stone New Music Fund at the Dallas Symphony Foundation.

In addition to his commitment to the DSO and his profound belief in arts and culture, Stone has served in leadership positions with the Dallas Public Library, Voices of Change, Dallas Black Dance Theatre, Fine Arts Chamber Players, Orchestra of New Spain, Greater Dallas Youth Orchestra, Shakespeare Dallas and Booker T. Washington High School for the Performing and Visual Arts.

Stone’s rise in business is the classic American success story. He started out in a Houston Foley’s store basement as a salesman, and rose to become vice chair of Federated Department Stores, now known as Macy’s, via presidency of Foley’s and Sanger Harris. He served as vice chairman of Federated Department Stores until 1988 and director of Fossil Inc. from 1993 to 2013. Stone received his BBA from The University of Texas at Austin and was inducted into the McCombs School Hall of Fame in 1992, where he served as chairman of the McCombs School Advisory Council from 1990 to 1992.

Focus on the Arts – The 2018 TACA Silver Cup Award Recipients 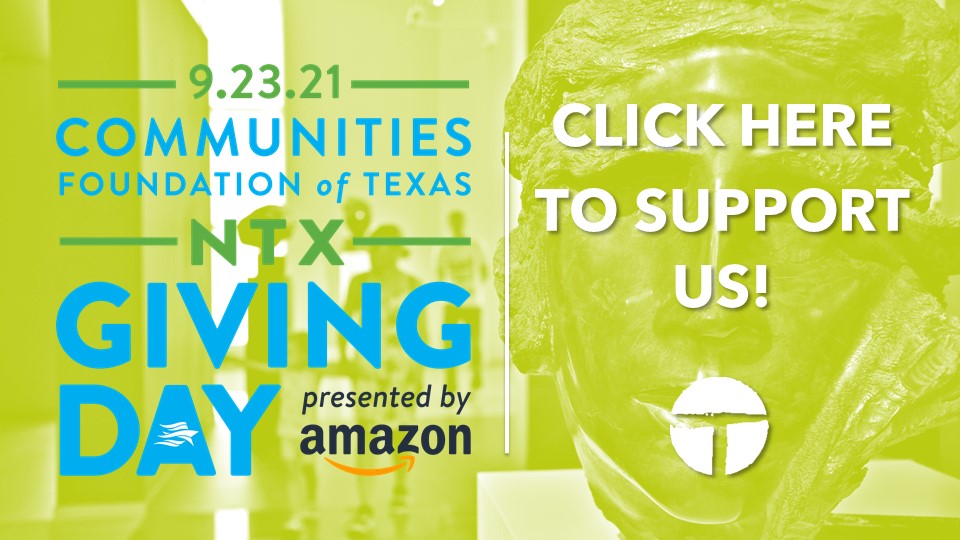