Did you know that TACA and the Dallas Symphony Orchestra have had a long partnership dating all the way back to 1970? It’s true! More recently, TACA has been thrilled to support the DSO and their SOLUNA Festival in brand new projects through the TACA New Works Fund. Since its inception in 2012, the New Works Fund has made it possible for more organizations to take risks and create original works with the potential for national and international impact. To date, the Fund has supported the creation of 28 new works of performing art in Dallas County, including two new works with the DSO!

The DSO received their first New Works Fund grant in 2018 for Caravan: A Revolution on the Road, by Terence Blanchard, Rennie Harris and Andrew Scott that premiered at The Majestic Theatre in April 2019 during the DSO’s Nancy A. Nasher and David J. Haemisegger Family SOLUNA International Music & Arts Festival. The DSO received their second grant from the New Works Fund in September 2019 for Negotiating Dialogues, by Carmen Menza, Mark Menza, Eric Farrar, Joel Olivas, and musicians of the Dallas Symphony Orchestra – as part of the 2020 SOLUNA Festival. Negotiating Dialogues was intended to premiere this Saturday, April 18, but despite the production’s postponement, we asked the new work’s creator Carmen Menza to give us an insider’s look at Negotiating Dialogues!

What was the original inspiration for this piece that has now evolved into Negotiating Dialogues?

Carmen: In Negotiating Dialogues I wanted to explore how our dialogue with one another is evolving in light of technological advances in communication. What might be the future societal impact of these technologies? Now, our conversations with others also include conversations with machines in the form of machine learning and artificial intelligence (AI). We have become accustomed to asking Siri or Alexa questions or give commands. Not too long ago machine responses were rigid and “non-human” making it more difficult to communicate with them. As machines become more human-like, we are willing to communicate with them. But that introduces new moral and ethical questions regarding these dialogues. Someone has to code the machine and what kind of biases does that person bring to the table? How can facial recognition software be used to breach privacy?

Machines should not be entirely feared. There is much good that can come from increasing their presence in our lives. Kristian Hammond, a professor of computer science and journalism at Northwestern University gave a TEDx Talk about “shared memories”. He speaks of a future world where we could record our memories and then share them with others. If I could plug into someone else’s memories of racial profiling or discrimination then would that increase my ability to empathize? Could we as a human race increase our understanding and empathy to create a better world? Think of the dialogues we might have then!

Tell us about your background as a musician and an artist.

I’ve been a practicing artist in North Texas for many years, concentrating on immersive installations that include both visuals and sound. I think of my work as “sculpting” spaces for multi-sensory experiences. I am especially interested in interactive and generative works that create a visual and musical conversation that encourage artistic collaboration between myself, other artists and the community. I studied music at the University of North Texas graduating with a Bachelor of Music in Jazz Studies (guitar). Previous to and during my studies at UNT, I worked in television as an editor, graphics designer and director so I had many years of experience in the visual world. After graduating from UNT I began concentrating on larger collaborative installations. These works were for events like AURORA Dallas and SOLUNA’s Array that were dedicated to new media and light-based work so it seemed natural to coalesce my visual and musical disciplines.

How did you go about choosing the various collaborators for this work?

One of my collaborators is my husband! Mark Menza and I have collaborated on many projects over the years and he has a tremendous depth of experience as both a musician and composer. He’s composed for TV, film, full orchestra and jazz ensembles as well as composing electronic music so he was a natural choice for me.

I’ve known Eric Farrar for several years now having worked with him on previous projects. He is an associate professor of animation at UT Dallas’s ATEC program. He is a very talented visual artist specializing in 3D technology and is a musician as well. When I first told him about the project he was onboard immediately. Joel Olivas and I have done a number of projects together as well and he is a really talented artist working in the realm of real time visual effects and projection.

I have a high level of trust and respect for each of them and that is ultimately how I came to choose them as collaborators.

How would you best describe the musical composition?

Negotiating Dialogues is a modern chamber work for clarinet, viola, cello, vibraphone and spoken poetry that employ an environment of both recorded and live players. A central element of this work will be improvisation and reconstruction of the original composition. As the musicians move to the second and third movement, they will hear elements of what was previously played. These elements are being reconstructed and manipulated as segments of the first movement are copied onto the timeline and altered through editing in real time. The musicians will play both new and improvised melodies on top of the reconstructed musical score, adding yet another layer to the structure.

The visual component of this installation utilizes software that generatively responds to audio input. The music is translated into visual distortions, which are projected onto the façade and make for an immediate and personal experience. Poetry will be spoken during instrumental interludes preceding each movement, which allows time for the editing process. I am really excited how this work is coming along and am looking forward to its premiere.

What drew you to SOLUNA and made you want this work to be featured on the festival?

I’ve always been drawn to the works that the SOLUNA Festival has programmed over the years. It is such a forward thinking festival that creates a place where diverse audiences can meet and experience art in new ways. I am especially fond of SOLUNA as it is a perfect opportunity to present new media works that are both visual and musical.

Through the SOLUNA Festival, the DSO has prioritized the commissioning of modern serious new works. This is incredibly important to contemporary composers to be able to have a greater platform to have their work heard and to expand the chamber music literature and I am filled with gratitude that they asked me.

You are a Cedars Union Artist! The Cedars Union is also a new 2020 TACA Grant Recipient. What has that experience been like, what have you learned and why does the Dallas arts community need a resource like the CU?

I am so honored to be a Cedars Union artist! It is such a valuable organization that helps artists develop their careers. The talented staff and the many resources at the CU allow for creative experimentation, problem solving and refining of ideas so that you can move your practice forward. The workshops that they host with professionals in the industry are invaluable. I especially enjoyed the one-on-one time with art enthusiasts that came through the Cedars Union on tours as well as the lively conversations with other artists. The Cedars Union is such an incredible resource for artists in this city and I am so grateful to have been a part of it.

What are you most excited about for the world premiere?

In recent weeks I’ve been thinking much of my work Negotiating Dialogues. When I first created the work I was thinking about human dialogues and the transition to machine learning and AI. The current health and economic crisis has upended our daily lives in ways once thought impossible. Our conversations that we have with others are now more important than ever. It involves speaking as well as listening. How we approach each other, how we rebuild domestic policies and international cooperation will have a profound effect on our inclusive recovery.  I hope that the premiere of Negotiating Dialogues will be a time of celebration and life. 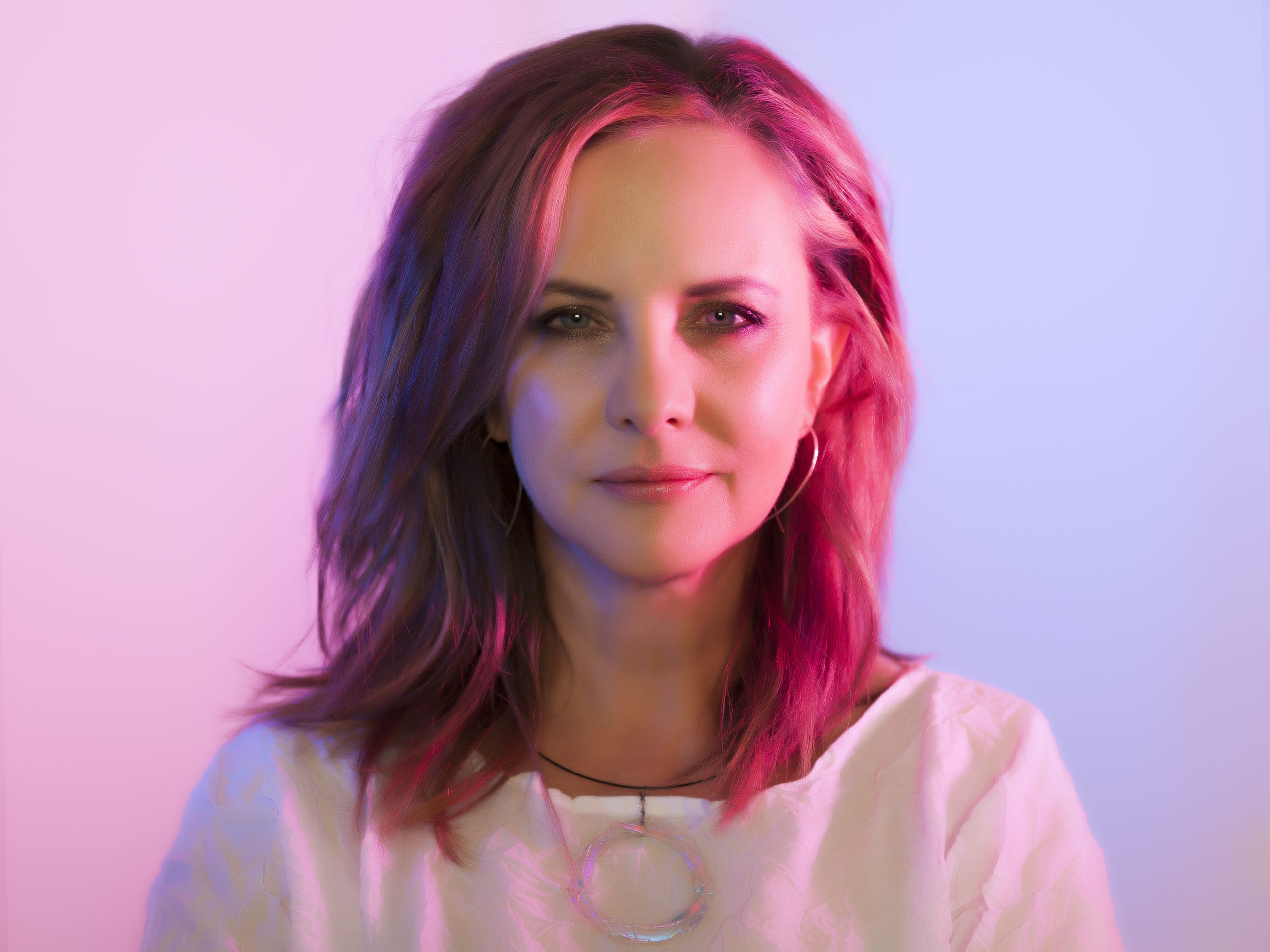 Carmen Menza is an interdisciplinary artist whose practice spans video, light sculptures, music and public art installations focusing on generative visuals and sound. She is especially interested in works that create a visual and musical dialogue to encourage artistic collaboration between herself and the community. Her software based light work is part of the permanent collection at the McKinney Avenue Contemporary Museum in Dallas. She has exhibited with the Perot Museum of Nature and Science, the Dallas Symphony Orchestra’s Soluna Festival, Dallas Aurora Light & Sound Biennial and Carneal Simmons Contemporary Art, Dallas, TX. She received her BFA in jazz guitar performance from the University of North Texas.

The Dallas Symphony Orchestra intends to reschedule the premiere of Negotiating Dialogues. To learn more about the DSO and the SOLUNA Festival, visit mydso.com.
The 2019 TACA New Works Fund was made possible by generous support from the Donna Wilhelm Family Fund, the Hersh Foundation and the Sapphire Foundation.
To learn more about the TACA New Works Fund, visit taca-arts.org/newworks.